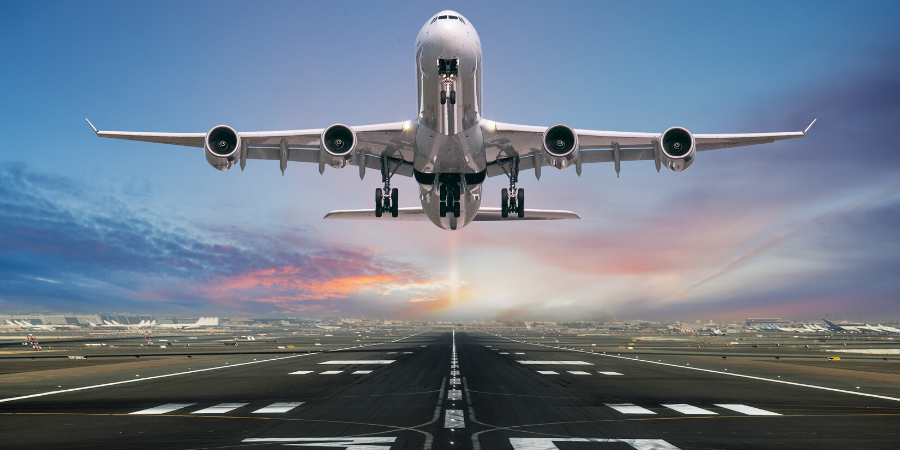 Engineers often resort to spreadsheets for their calculations, but not without some headaches. Here’s a spreadsheet that my friend created to drive part geometry for a wing in a Creo Parametric model: 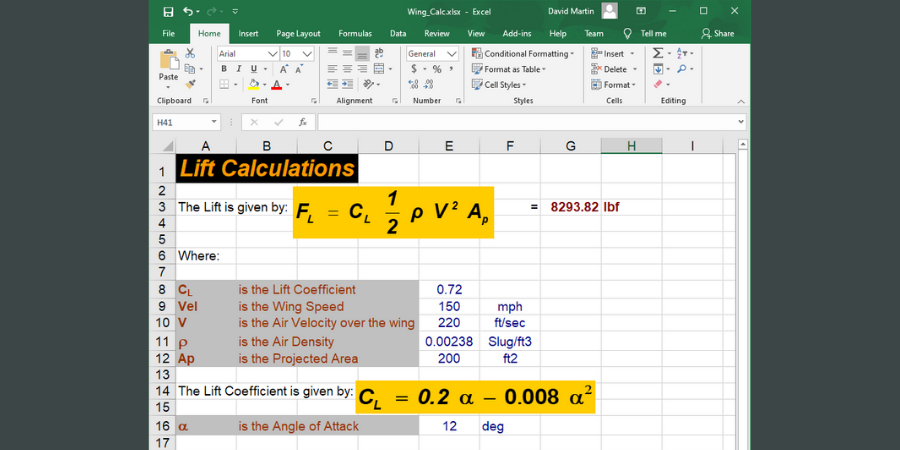 It doesn’t look too bad, right? Looks, as we know, can be deceiving. Those nice-looking equations for the lift and lift coefficient are actually images pasted onto the sheet. If you look in the formula bar, the lift calculated in cell G3 is actually given by:

That’s not easy to read. That’s also not how engineers work. We want to use variables, subscripts, exponents, Greek letters, and so on – real math notation, just like you would write on a whiteboard or a sheet of graph paper.

Look at lines 9 and 10. The wing speed is given in miles per hour and then in feet per second. The Excel spreadsheet is actually converting units here. We don’t see that work being performed and it can be confusing having two different velocities in our calculation methodology.

Furthermore, writing formulas using cells instead of variables and writing them in a spreadsheet’s cluttered, non-intuitive notation is a huge potential source for error. Similarly, the units conversion for the velocity can introduce errors as well. For example, a mismatch of units for the trajectory calculations resulted in the Mars Climate Orbiter, a $327 million project, burning up on entry into the Martian atmosphere.

From an aesthetic standpoint, do you really want to share your calculations with others in a format that’s more associated with accounting and taxes than engineering and manufacturing? Let’s be frank: spreadsheets don’t leave an impactful impression. 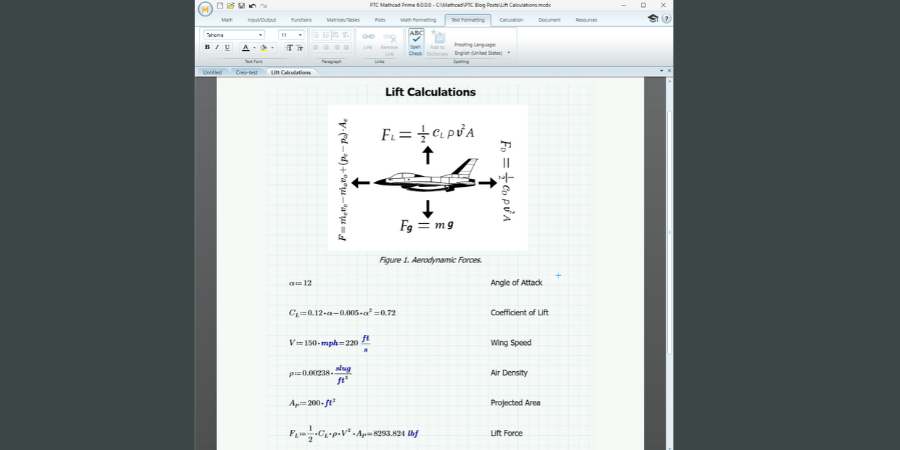 The calculations are presented in an interface that resembles the same kind of computational pads that engineers use every day. The variables are defined using letters (both English and Greek, uppercase and lowercase) and subscripts. The worksheet shows the functions for the coefficient of lift and lift force and evaluates them inline. The work is also documented with text and images, capturing our intent.

We can define variables in whatever units we want, run calculations, and view the results in any other units. We don’t have to work within a single designated unit system since PTC Mathcad understands different unit systems and reconciles them. This worksheet was actually set up using the Metric system, but the lift force was evaluated using pounds force instead of Newtons. The ability to mix and match units and know that they will be handled automatically provides an engineer with incredible power and freedom.
In this single, easily readable document, we have:

PTC Mathcad contains numerous advantages over spreadsheets for engineering calculations including versatile powerful options such as:

Once you create your own worksheets, you can reuse them and share them with others. In this way you’re building your own library of resources for future work.


The Choice Is Yours

Why rely on traditional accounting spreadsheets when you can use an application that was designed for engineers and offers real math notation, units intelligence, and a document-based approach that presents your engineering work with total transparency and clarity? Which makes more sense to support your product development organization?

Your Engineering Calculations Deserve Better Than Spreadsheets
Here's an alternative to spreadsheets for engineering calculations just for people who use variables, subscripts, exponents, Greek letters, and so on.