Register for the webinar and get the inside scoop on Mathcad Prime 8!

Register for the Webinar / / /

There are several updates to application-level functionality, which include important features requested by users. 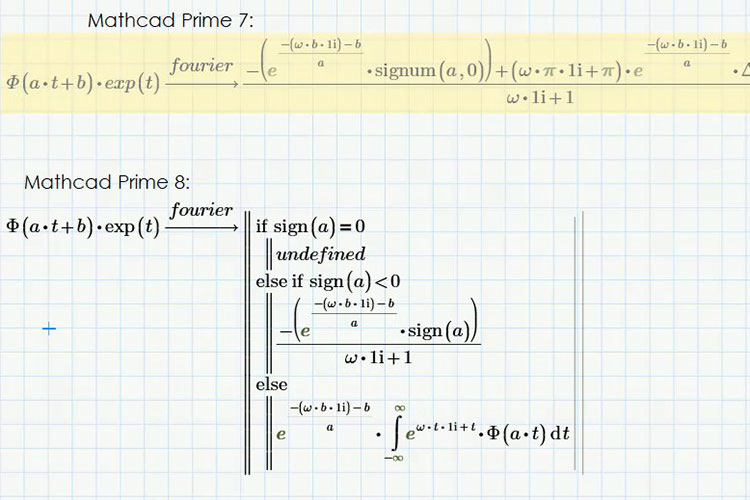 There are many customer-driven enhancements to the symbolics engine in Mathcad Prime 8, as well as new functionality not seen in previous versions of Mathcad. On top of general keyword improvements, there has been significant improvement and expansion in use and performance for integral functions, such as Fourier, Laplace, and Ztrans and their inverses. Two new modifiers have been added to allow manipulation of the normalization and oscillatory factors for use with the Fourier keyword. Calculus operators such as Limits, Integrals, and Derivatives have been improved and cover expanded use cases. And there is now better auto-labelling of undefined variables in symbolic results.

Save as HTML legacy worksheet view 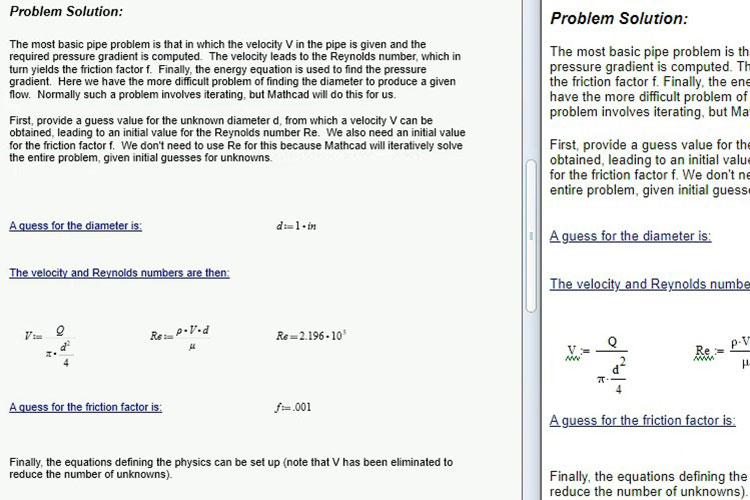 And finally, a new Save as HTML option has been added to the legacy worksheet converter. This allows you to create a view of your legacy PTC Mathcad worksheet before you convert it to PTC Mathcad Prime format and refer to it to help rework your converted worksheet where necessary.

Are you new to Mathcad Prime 8? 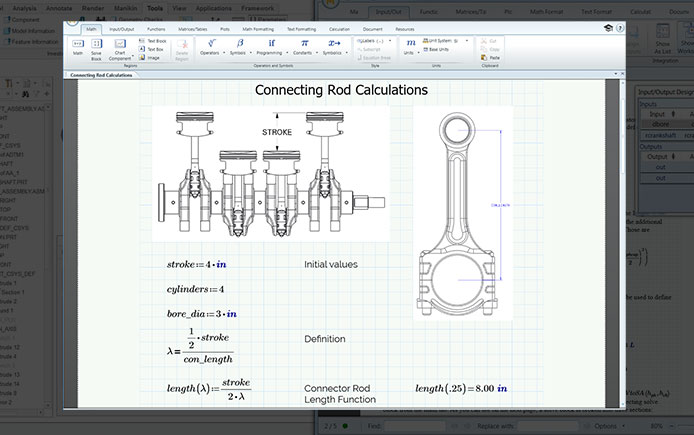 When you download PTC Mathcad Express and choose the 30-day full functionality option, you’ll get access to the full version of PTC Mathcad Prime 8 for 30 days.

Are you a current subscriber?

Switch to the latest version of PTC Mathcad for free! Simply log into the PTC eSupport Portal and get your free upgrade.