Brachistochrone curve explained (with some help from Mathcad) 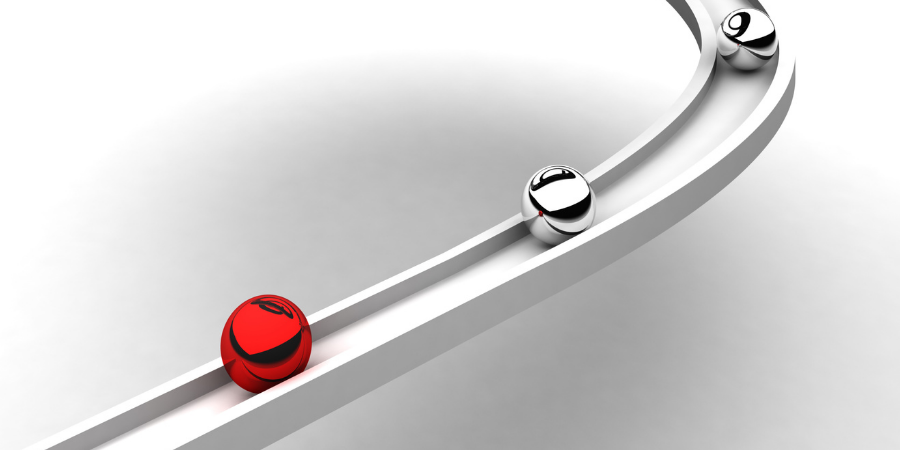 If you wanted to roll a marble down a ramp in the shortest amount of time possible, how would you design that ramp? With a brachistochrone curve.

Johann Bernoulli proposed this challenge to the greatest mathematicians of his day in 1696. Besides himself, five mathematicians responded with solutions, including but not limited to:

Intuition tells us that the more vertical the curve is at the beginning, the more momentum (the product of mass times velocity) the object will gain. Even though it travels a longer distance, it arrives in less time.

Solutions fall into two categories: the direct and indirect method. The former uses a lot of trigonometry and geometry, whereas the latter (which I prefer) incorporates physics.
First, we will use PTC Mathcad to find the time as a function of distance between the points for a straight line. We can convert the ball’s potential energy at the start to kinetic energy at the end.

Initially we will assume that some of the energy gets converted into the rolling motion of a ball. 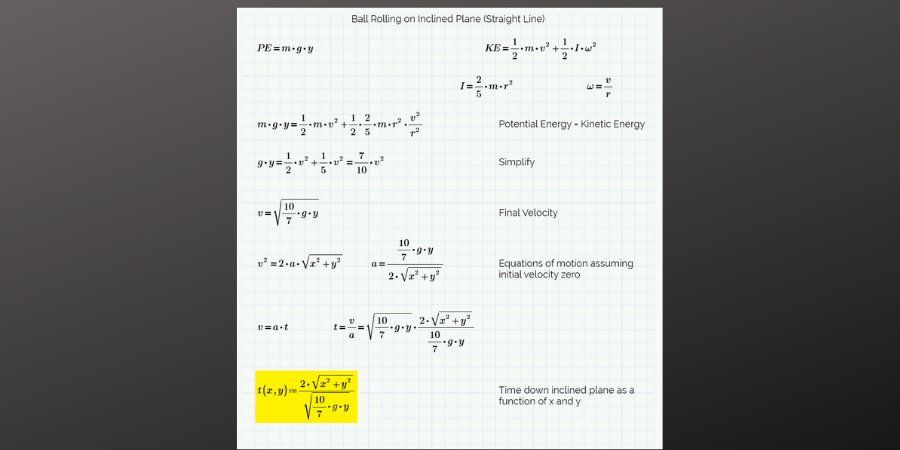 In this solution, I used the following aspects of Mathcad:

As mentioned earlier, I prefer the indirect approach. (For a great video on the subject, please see the video “The Brachistochrone, with Stephen Strogatz” on the 3Blue1Brown YouTube channel.) Johann Bernoulli solved the problem using:

I won’t pretend to understand the derivatives and differential equations in Bernoulli’s solution, but I can document the rest in Mathcad using the Comparison operator: 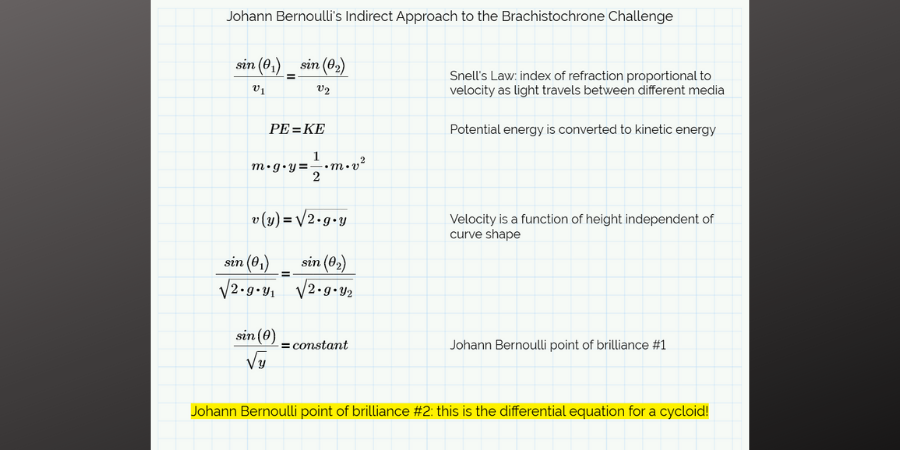 Now we will use Mathcad to find the shape of the cycloid that produces the fastest motion between two points. 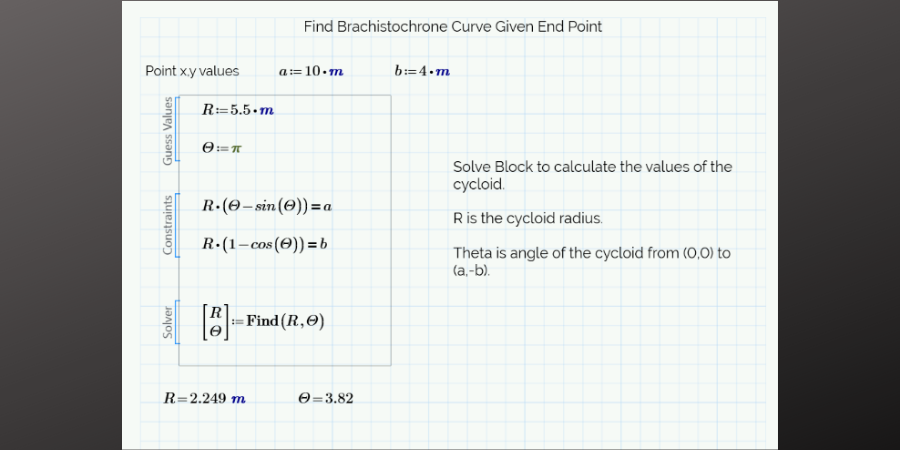 Here I am using the following functionality:

Now we can compare the travel times between a straight line and a cycloid: 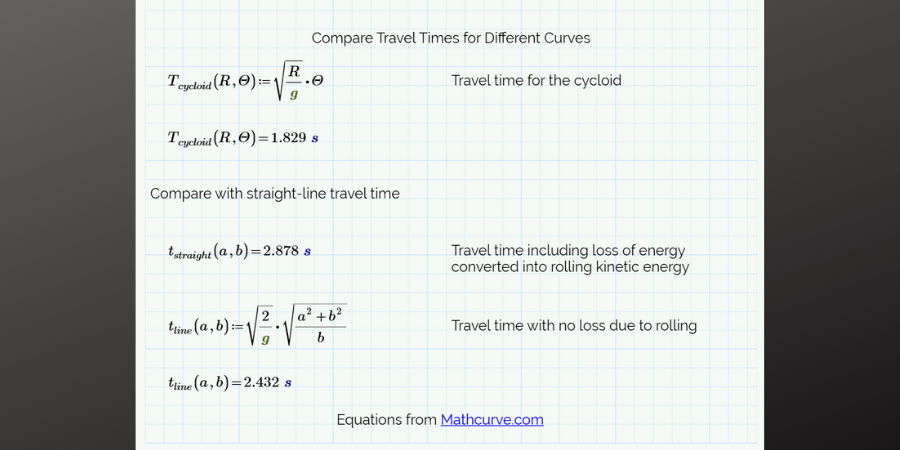 Note the hyperlink in the documentation. This helps others understand the background of the problem.
Mathcad’s Chart Component functionality can plot the path of the cycloid from the start to the end: 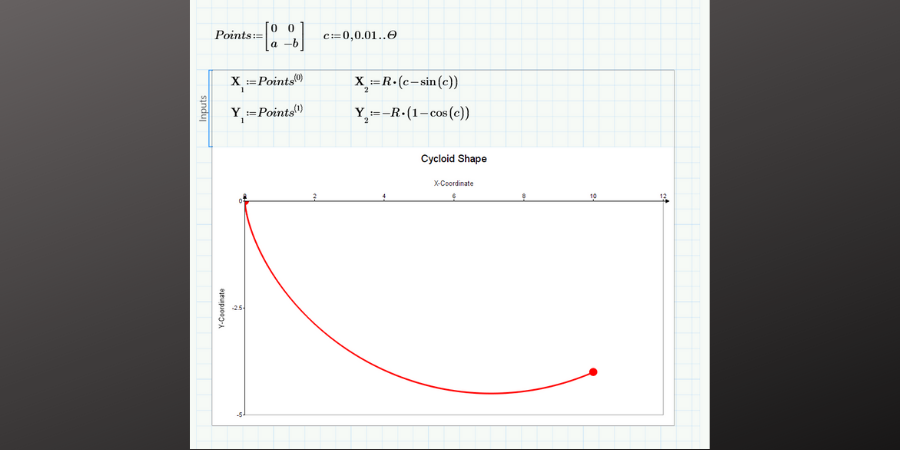 This uses the following Mathcad functionality:

The brachistochrone is an interesting problem from the history of math, and Mathcad has numerous tools to support the investigation.