Going Back to Mathcad Basics 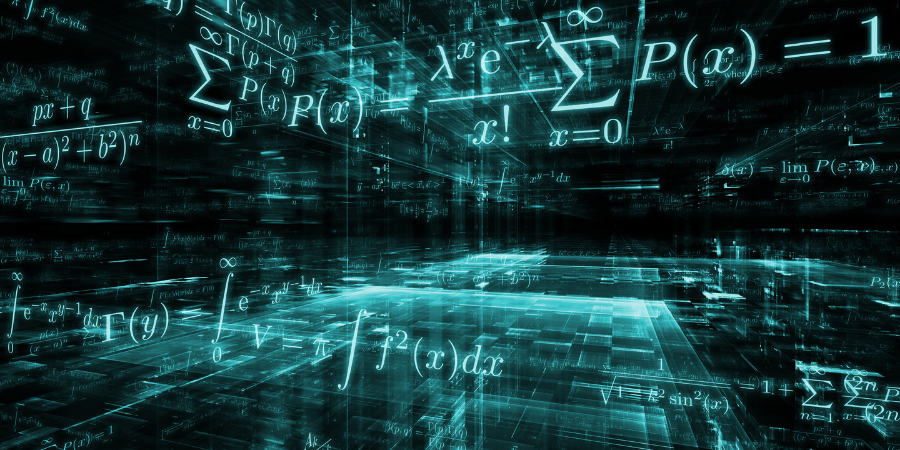 Rather than having to define standard constants for math and physics, these are provided for you. The math constants include pi, e, and infinity (for use in limits and integrals). The physics constants include the speed of light, Planck’s constant, the atomic mass unit, Avogadro’s number, and more. Even though the acceleration due to gravity g appears as a unit, it’s also available as a constant.

Constants can be typed in directly, using a keyboard shortcut if one exists, or selected from the Constants drop-down list on the Math tab.

PTC Mathcad automatically understands and reconciles units. If you’re familiar with the Mars Climate Orbiter story, you understand why that’s important. (Propulsion engineers were using English units whereas everyone else was on the Metric System. The probe did not survive.)

To apply units to a value, simply multiply the value by the unit you want to use, by typing it in directly or selecting it from the Units drop-down list on the Math tab. And unlike NASA, you can mix units from various system, in both definition and evaluation; PTC Mathcad will figure it out.

The units provided by PTC Mathcad include:

PTC Mathcad will automatically reduce units if you want, and will inform you when you attempt to mix incompatible units, like adding angle degrees to temperature degrees.

If you’re doing math, you’ve got to know Greek. PTC Mathcad makes it easy to use uppercase and lowercase Greek letters. You can either:

Documenting your engineering calculations is one of PTC Mathcad’s strengths, and often you want to “show your math” in reports. The Text Formatting tab allows you to control the font, font size, formatting, colors, bullets, numbers, and justification of your text.

If you’re doing math, at some point you’ll have data that you will need to import into PTC Mathcad. You can:

The imported data can be processed as vectors, matrices, and tables, using built-in functions, user-defined functions, and user-defined programs. Data can be exported as standard text, CSV, and Excel files, as well as picture and audio files.

The Input/Output tab contains wizards to help you import data, and other import and export functions are available on the Function tabs.

Once these vectors and matrices are created, PTC Mathcad provides a number of standard operators, such as dot product, transpose, and extracting rows and columns. There are more than 50 vector and matrix functions, including determinants, returning the number of rows and columns, eigenvalues and eigenvectors, maximum and minimum values, creating submatrices, and looking up values.

You can use the ORIGIN keyword to set the starting index of a vector or matrix to 1 instead of the default zero. To define or extract an element, type in the name of the vector or matrix and use the left bracket key [ to specify the index.
This worksheet shows examples of many of these PTC Mathcad basics: 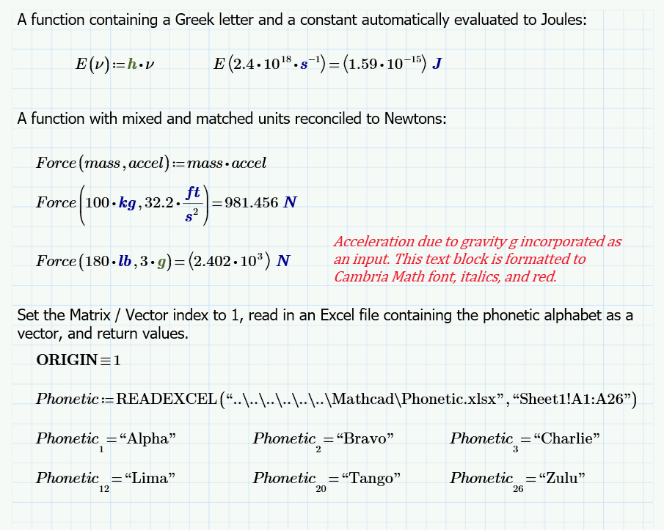 Can you duplicate this? PTC Mathcad makes engineering calculations both easy and fun. More importantly, PTC Mathcad Express makes it free, so what are you waiting for?