“Welcome to the party, pal!” [Screencapture]

On July 15th of this year, the greatest action/Christmas movie of all time –Die Hard—celebrated its 30th anniversary. It changed action movies forever, and movie studios are still copying the formula. The Rock just starred in “Skyscraper,” which is Die Hard in a building—or in other words, Die Hard.

In honor of this phenomenal work of art, let’s use PTC Mathcad to analyze some interesting points from Die Hard and the third movie in the series, Die Hard with a Vengeance.

How Much Money in Hans Gruber Windfall?

“Exceptional thief” Hans Gruber stages a terrorist takeover of the Nakitomi Tower. Before shooting Joseph Takagi, he reveals his true goal: the $640 million in negotiable bearer bonds in the vault. After he blows up the building, he’ll be “sitting on a beach, earning 20 percent.” Let’s look at how much money that would be worth today.

Using the formula for continuously compounded interest, we find that Hans and his crew would have had $258 billion dollars, a profit of over 400 times their original take: 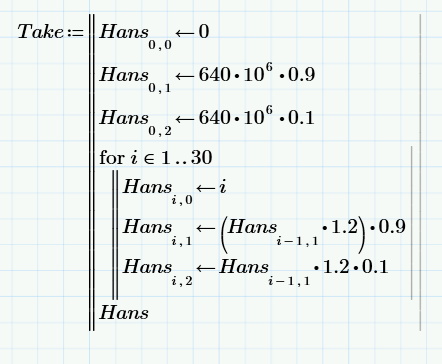 This creates a matrix with three columns: the year, the amount in the bank, and the amount they are paying themselves. I can plot this as a graph: 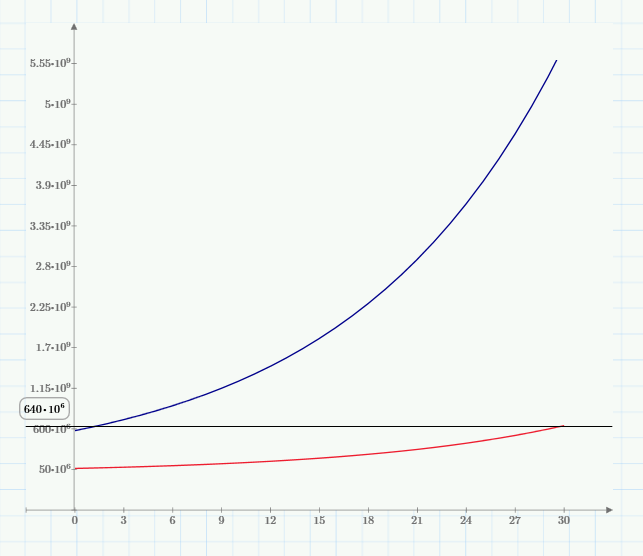 At the end of 30 years, they have only $5.8 billion in the bank, but they are splitting just over the original take of $640 million in annual distributions.

Of course, not even Bernie Madoff could manage 8% returns consistently without cheating, and the economy crashed at least twice in the past 30 years, so the 20% return isn’t realistic. And they weren’t expecting “the fly in the ointment, the monkey in the wrench,” so 11 of them are dead, and Theo and Kristoff are presumably rotting away in a prison.

Two movies after the original, Hans’s brother Simon pretends to embark on a mad bombing scheme as revenge against John McLane. His real target, though, is the Federal Reserve Bank in Manhattan, where he steals the $140 billion in gold bullion in its vaults. Or does he?

Simon’s team stole 14 dump trucks to haul the gold from New York to Canada. Through the power of the internet, I was able to find out that these were 6-wheeled Autocar DC trucks. Assuming he was able to carry the maximum load, how much gold could he steal? 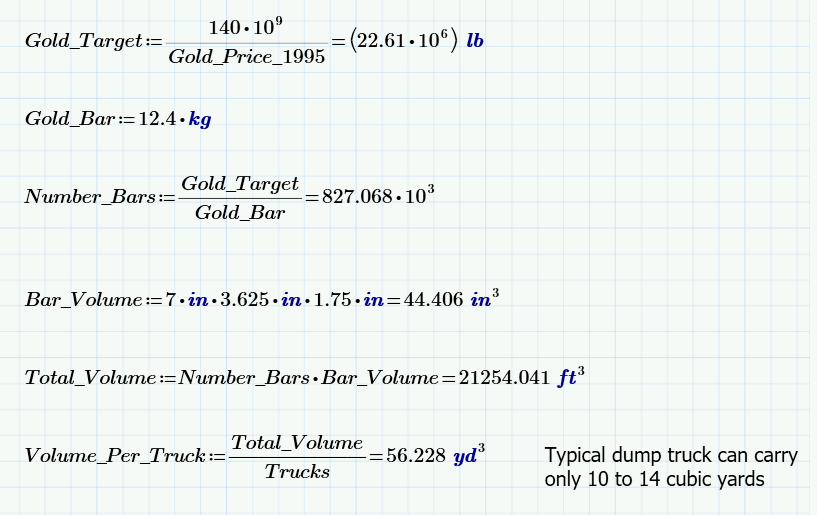 Simon would need to haul 22.6 million pounds of gold, or 827,000 gold bars. Assuming perfect packing efficiency, this would be 56 cubic yards of gold, more than 4 times the maximum capacity of a dump truck.

But in terms of weight, the results are even worse: 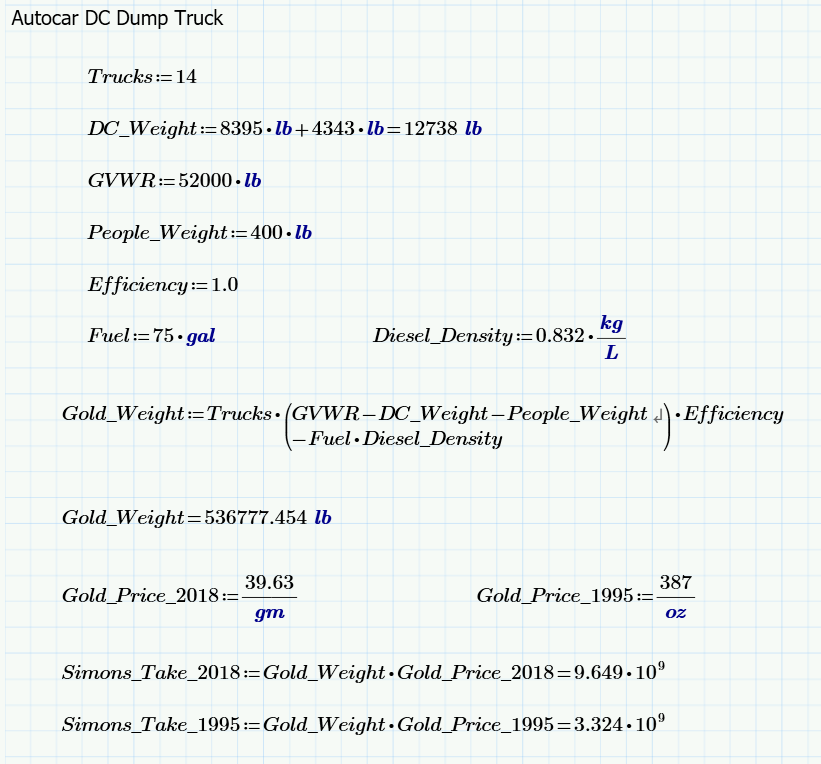 Simon attempted to steal 218 times more value than his brother but shared the same fate – and he made the mistake of intentionally picking a fight with John McLane on a day he had a really bad hangover.

At the end of Die Hard, Hans Gruber falls from the 30th story (actually the top of the 29th story, since he was hanging off the ledge of the 30th). How long did it take him to hit the ground and how fast was he going?

I’ll calculate the height based on information for typical office buildings:

To calculate the time and velocity, I could rearrange the equations for motion under constant acceleration to solve for each. But in PTC Mathcad, I can use the Solve Block construct, which makes it even easier. I provide some guess values for the quantities I’m interested in; the equations of motion; and a find function to solve for the unknown values. Then I evaluate the matrix of results and convert into units that I can wrap my head around. 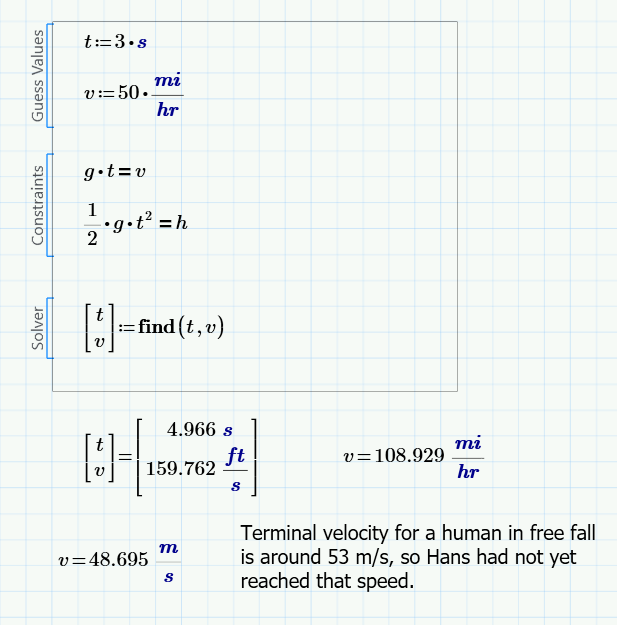 Ignoring air resistance, Hans had probably not reached terminal velocity and impacted at around a hundred miles an hour after a fall of five seconds. Ouch!

If we’re ever in a tall building, ask me to pitch my idea for Die Hard 6 to you. Until then, “Yippie-ki-yay, mushroom farmer!” (That, believe or not, was the sanitized version of John McLane’s famous catchphrase when Die Hard aired on regular TV in the 1990s.)

Do Your Own Movie Math!

If you have gnawing questions about one of your favorite movies? Verify the numbers yourself. Download your own free seat of PTC Mathcad Express here. (And it’s not required, but we’d love to see your results. Just leave us a note on Facebook or Twitter.)