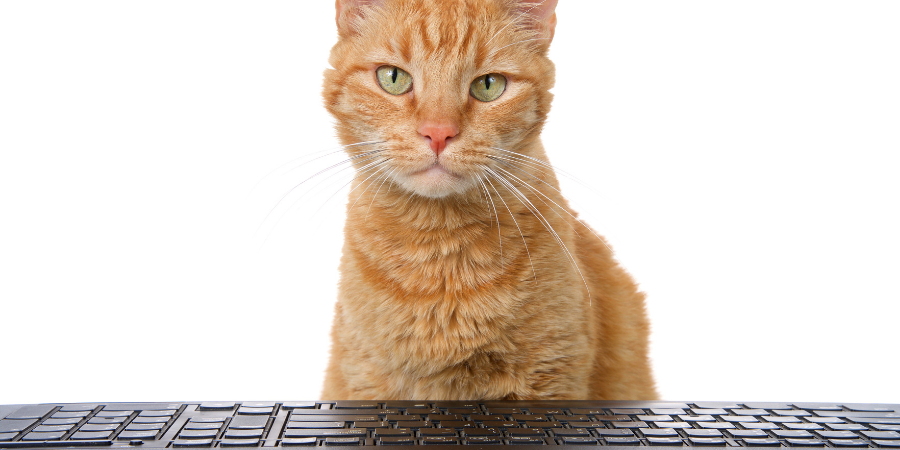 At the beginning of the pandemic, my friend Kat rehomed a beautiful kitten named Princess Leia. 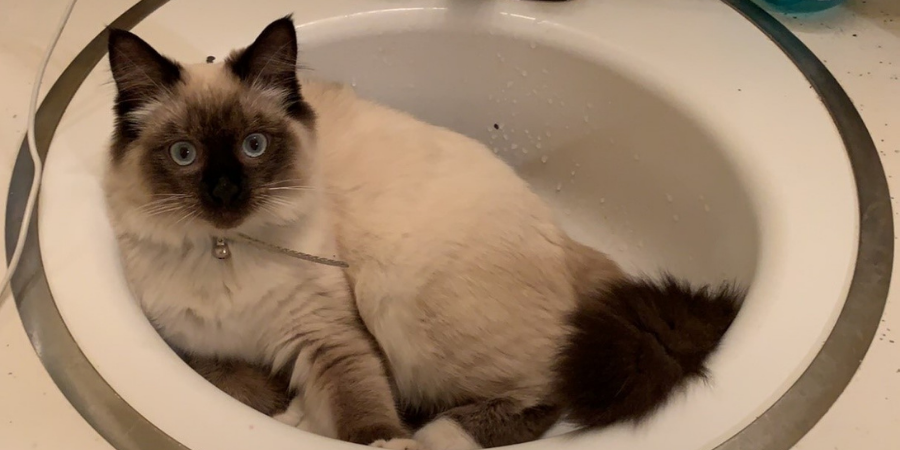 Before Leia could get spayed, Kat realized that Leia was pregnant. Weeks later, Leia gave birth to a boy with a solid black coat. Kat asked for name suggestions and of course I responded with Kylo Ren. 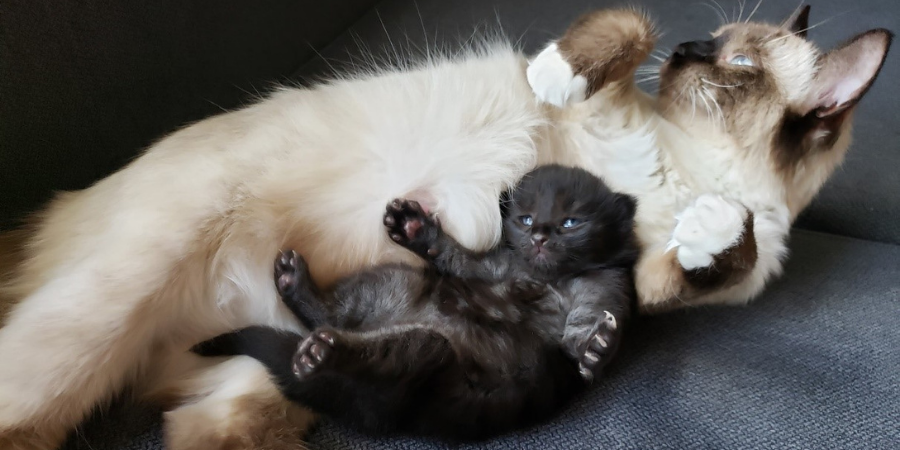 While nursing, Leia escaped once and came back pregnant again.* Around Labor Day, Leia gave birth to four girls and two boys. Some had white socks and splashes of white on their chests and faces. But the primary coat color once again was black. 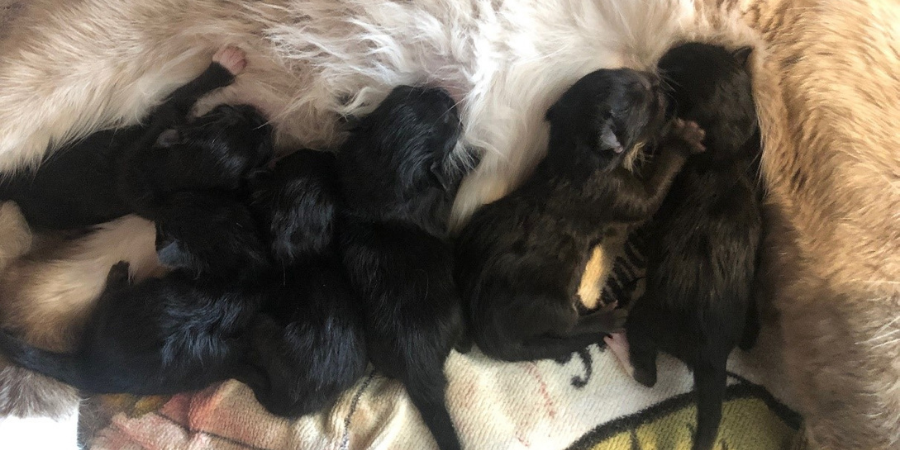 The coat color consistency prompted me to investigate cat genetics. Could PTC Mathcad help me deduce the nature of the Han Solos?

I found information on Catster.com regarding the seven genes that control cat coat color. For Leia’s children, I will look at the effects of two of the genes: B for the black color and S for the white spots.

The dominant B gene results in a cat with a black coat. Since Leia is a white-mitted chocolate ragdoll, her basic color is white, which means that she has the recessive bb genes. Han 1 and Han 2 had to be either BB or Bb. If they were BB, the offspring would definitely have black coats. If Han 1 were Bb, there would be a 50% chance that Kylo would have a black coat.
PTC Mathcad contains functions for probability density and probability distribution that enable is to examine Mendelian genetics using the binomial distributions. We find that based on the second litter, the chances are less than 1 in 4,000 that Han 2 was Bb.

The dominant S gene results in white spotting. These kitties had white spots:

Leia has white mittens. If she were SS, all her kittens would have white spots. Since Kylo has no white spots, we can deduce that (1) Leia is Ss and (2) Han 1 was either SS or ss. If the former, there would be only a 25% chance that Kylo would be spotless; in the case of the latter, 75%.

Since 3 of 6 in the second litter had white spots, Han 2 could once again be SS or Ss. We can use the above probabilities to examine the probability distributions and cumulative probabilities in Mathcad: 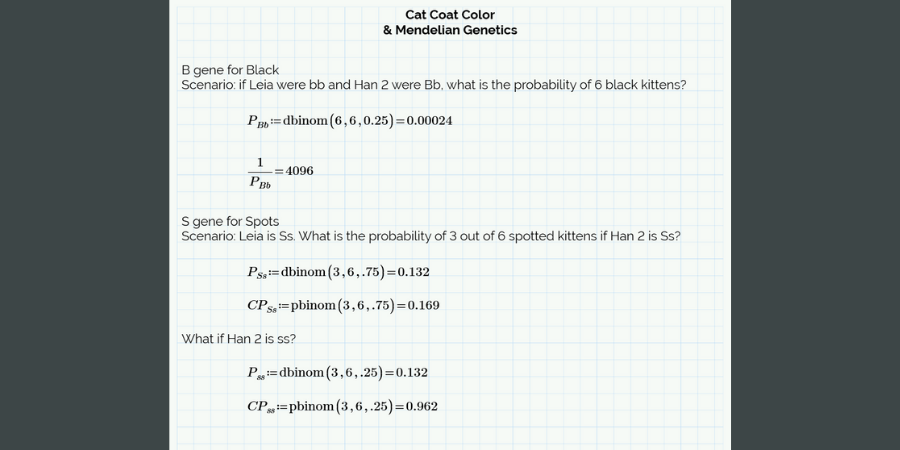 These results certainly are interesting. Intuitively, if you see 3 out of 6, you would think that’s 50%. Interestingly, we see that the probability density of having 3 out of 6 is the same if Han 2 is Ss or ss. But given the cumulative distribution, since only 3 out of 6 were spotted, it is significantly more likely that Han 2 is recessive for having spots. 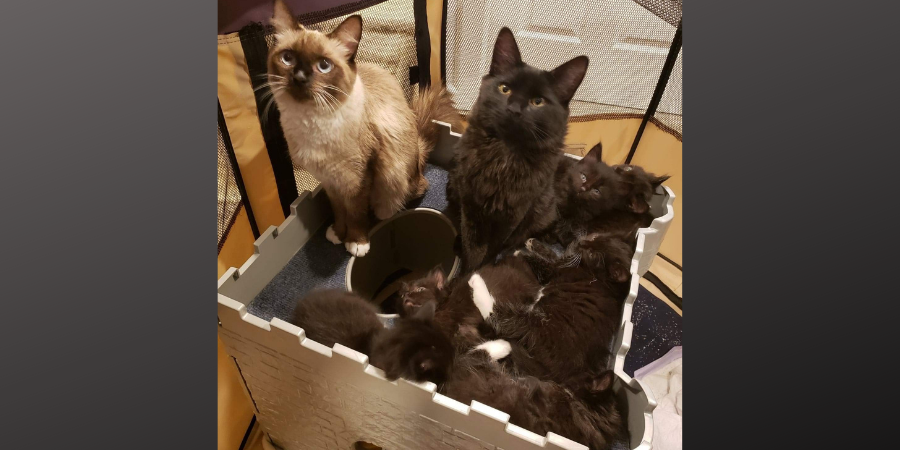 Genetics is the study of binomial distributions – combinations, permutations, and statistics. I am going to mix Star Wars with Star Trek: the Vulcans have a philosophy called IDIC, which stands for infinite diversity in infinite combinations. As Spock’s clone said, “Symbolizing the elements that create truth and beauty.” If you are like me, you think cats are beautiful creatures. Mathcad helps us explore the truth behind that beauty.

I would be remiss without including a picture of my beautiful cats: 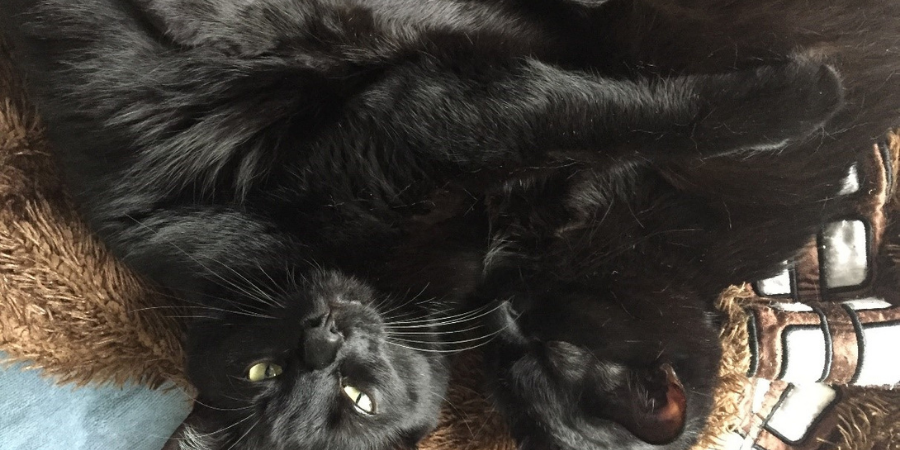 If you want to explore the statistics and probability functions for yourself, download Mathcad Express for free.

*NOTE: All cats featured in this story are now neutered/spayed.