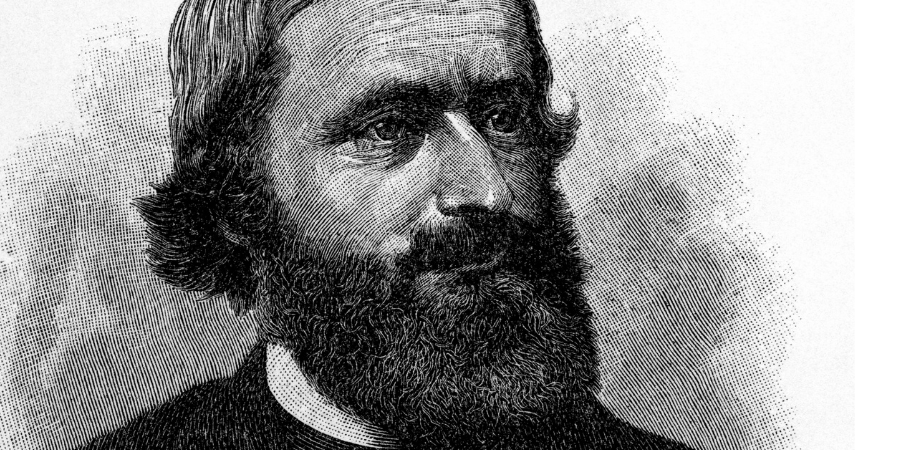 In math and engineering, we often are left with a series of equations with an equal number of variables that we want to solve for. This is known as a system of equations. Real-world examples that require solving a system of equations include Kirchhoff’s Law for electrical resistance and aerodynamic trajectories. [That’s Kirchoff in the image above.]

PTC Mathcad has a few methods that we can use to solve for the variables. These include:

Let’s take a look at how to use each of these methods.

The Solve Block is a special structure in Mathcad. In addition to solving systems of equations, it can be used to perform optimizations – finding the minimum or maximum for a function – and differential equations. If you are going to use Mathcad for engineering calculations, I highly recommend you learn how to use this construct.

The Solve Block is initiated from the Math tab. It contains three different sections:

Then outside of the Solve Block, evaluate the vector or individual variables to see the solutions. 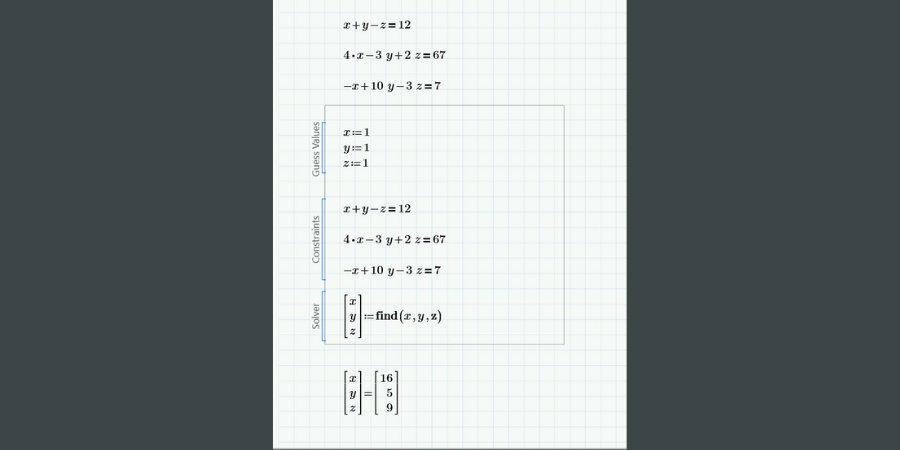 Also, Mathcad will warn you if you have an inconsistent system of equations—that is, one for which a solution does not exist.

Mathcad has a built-in function for solving a linear system of equations called lsolve. To use lsolve, perform the following steps: 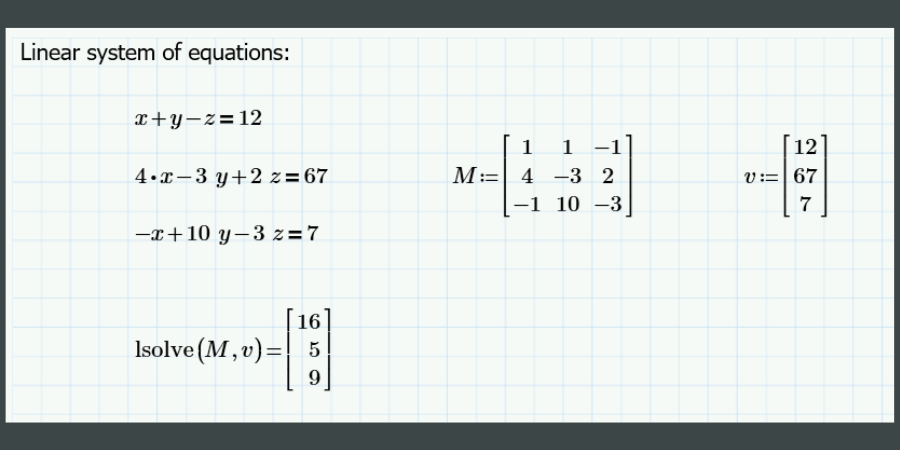 You can also assign the lsolve function to a variable if desired.

Sometimes when we have a system of equations, instead of solving them numerically, we want to solve for the variables as functions of the coefficients or constants on the right-hand side of the expressions. We can do this using the Symbolic Evaluation operator and the solve keyword. After selecting the solve keyword, type in a comma followed by the variables that you want to solve symbolically: 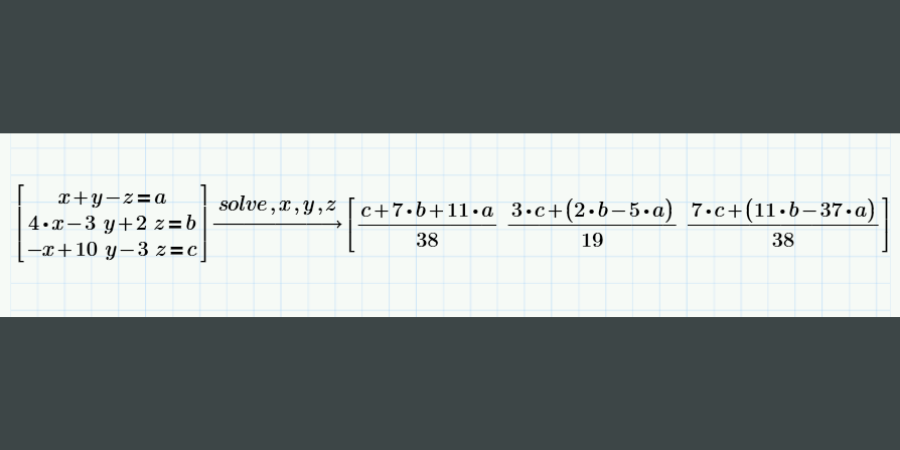 Now you have formulas for each of the variables.

Mathcad provides multiple methods for solving systems of equations. By familiarizing yourself with these tools, you can apply them to a variety of engineering and math problems. I especially recommend learning how to use Solve Blocks, as I have found them to be useful in many situations. Which method do you prefer?

Can you duplicate this? PTC Mathcad makes engineering calculations both easy and fun. More importantly, PTC Mathcad Express makes it free, so what are you waiting for?

Solving Systems of Equations in PTC Mathcad
PTC Mathcad has a few methods for solving for systems of equations.